Home   >
What is Firewall

One of the simplest ways to define firewall is imagining it as a gate, a gate that stands between a private network and a public network, checking each and every packet of data being transmitted between the two networks. Ideally, the "gate" will not open if it notices malicious packets of data attempting to either enter or leave the network. How does this happen? Firewall is software usually installed in a device. Some firewalls come already incorporated in a physical device and these are considered as firewall hardware. Some firewalls come exclusively as softwares and these are considered firewall software.

The firewall uses a set of instructions and protocols created for it to detect uncommon patterns in data transmission. These instructions tell the firewall what type of data should be let through and which one should be blocked from accessing the network. As such, the security of a network is enhanced allowing only authenticated data to pass through. To that end, firewall serves several functions. All of these functions can be used to define firewall. 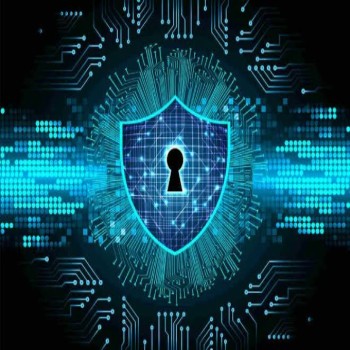 As stated earlier, the main work of firewall is to act as a gateway through which packets of data must pass through when entering or leaving a private network. Ideally, the private network should only access the internet through a server that has the firewall installed to ensure each and every packet of data is scrutinized.

It should be noted that most of the current firewall firmware has moved away from the traditional setting and now offer much higher capabilities than just checking packets of data.

Some decades ago, the only way to define firewall was as a point of scrutiny for packets of data entering or leaving a private network. The world has advanced and firewall not only acts as a filter but also as a detector of malware in devices. Malware are programs or applications installed in a computer that act contrary to what they're supposed to do or what the computer expects them to do. Fundamentally, they disguise themselves as authentic applications only for them to access private resources and transmit them to remote clients. Such include adware, spyware, ransomware, etc. A good firewall should be able to identify such a malware and alert the user for it to be removed from the device. Basically, the firewall will only detect it and antimalware should be used to get rid of the application.

Your online activities should remain private. But this may become impossible if you're not protected by a good firewall. See, a firewall uses a set of instructions to tell it what type of data should be allowed out of the private network. Essentially, these set of instructions will most likely exclude private type of data from leaving your device. Furthermore, any data that has no authorization from the server to leave the private network is stopped and blocked.

Using the internet also demands that you be more careful with what you click on. But sometimes we might click on something unintentionally and authorize tracking of your actions. However, a good firewall will alert you when such type of data is being accessed by a remote device allowing you to take precautionary measures. For example, your passwords, card numbers, bank accounts, emails, etc. should remain hidden.

Cyber-attacks are targeted activities on internet users with an intention to steal crucial information or instill fear, cause mayhem, etc. Cyber attackers rely on security loopholes on the internet to exploit their victims. Essentially, they will gain access to the computer, scrap through for any valuable information and use such information against their victim. You can define firewall as a type of security-ware that blocks unauthorized persons from accessing your private network and stealing crucial identifying information. It does so by hiding your devices and making them virtually invisible in the online world while allowing you to access the internet. This way, cybercriminals have a hard time picking on you and even when they do, they're not able to steal any information.

Get yourself one of the best free firewall software that has gained multiple top awards at the AV-TEST 2019 awards for its high scores in usability and protection. Enjoy added functionalities including antivirus, antispyware, antiadware, rootkits, bots, and so much more. You can have the free version or upgrade for as low as $17.99 a year for maximum security.