What is a Firewall?

The firewall definition for computer is that it's a software application or a hardware device integrated into a private network to scrutinize data entering or leaving the network and block malicious data from entering or leaving the network. Ideally, it stands between a private network and a public network and acts as a gateway between the two. Essentially, it uses a set of instructions and protocols to identify harmful data. These sets of instructions are usually set by the user to let the firewall know what is considered okay to gain access. Most computer firewalls come with default settings that should make it easy for non-techy people to operate.

Monitoring packets of data entering and leaving the network

Firewall derives its name from the metaphorical wall built to prevent fire from spreading to surrounding areas. To that end, the best firewall definition for computer is it acts as a barrier between a public network and a private network, preventing malicious data from gaining access into a private network, usually intranets. How so? By using a set of instructions and protocols that guides its selection of data entering or leaving the private network or devices that should gain access to the private server. 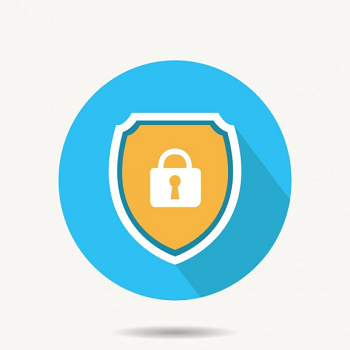 Another perfect firewall definition for computer is that it's a firmware that's installed in a private network to prevent malicious access to your computer. Basically, the internet is a public network. Every device with access to the internet is exposed to all kinds of attacks. Your IP address which identifies your computer on the internet can become identifying information that cybercriminals can use to launch attacks on your device.

Whatever data you set and receive on the internet can also be tracked and used to establish your activities online. Information such as passwords, emails, bank accounts, card numbers and much more can be scraped off and used by cybercriminals when they gain access into your computer. To that end, a firewall is supposed to make it hard for your computer to become identifiable to the public and consequently, prevent remote malicious access. This way, you are protected from cyber attacks.

The new generation of firewall allows it to detect suspicious applications and software in a device. The set of instructions that tell the firewall what type of data to let through can also help identify where such data is coming from especially if it's crucial. Once data is blocked from leaving the network, it can be traced to the application which was sending such data and if it's malicious software, the user will get notified and the necessary actions such as running an antimalware initiated. This way, you're offered an extra layer of protection against malware even when your anti-malware fails to detect the problem.

The world is becoming a global village thanks to the high connectivity brought by the internet. This makes it much harder to sustain high levels of privacy especially with sophisticated technology being employed by cybercriminals and tech specialists. They can easily monitor the actions you do online and even track your location, your personality, tastes and preferences, and much more. Such information is used to upsell you or even worse, manipulate your decisions. Firewall can be used to prevent such from happening. Therefore, another firewall definition for computer is that it's a firmware used to enhance your online privacy.