The word firewall comes from the metaphorical wall created around a perimeter to act as a barrier to reduce fire damage should it occur. In tech terms, it means almost the same, only that it prevents dangerous malicious data from entering a private network or crucial data from leaving the network to a public network like the internet. It does so by using a set of predefined protocols and rules created by humans that allows it to scrutinize data entering and leaving the private network. These predefined set of rules are supposed to be updated regularly as the definitions of safe and malicious data change frequently.

Firewall can exist as a hardware component where the router monitors all data entering and leaving the private network or as a software installed on devices that does the same job at the device level. Even better is when both the hardware and software components are integrated together. 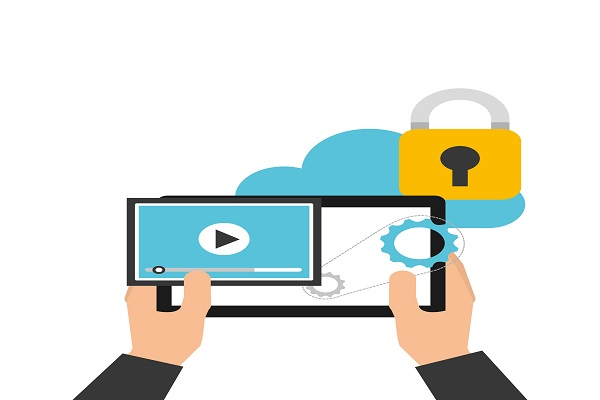 Acts as a Filter

Think of firewall as a filter. Every data entering the private network and leaving must pass through this filter. The set of predefined rules and protocols tells the filter what packets of data appear to be safe and which ones should be flagged and blocked from accessing the network. When an unauthorized device requests data from a private network, the data transmission is stopped at the point of exit. The best thing is that the network admin doesn’t have to be alerted every time data is blocked allowing it to work seamlessly.

A next-generation firewall software also has the ability to identify malware that may get installed on your system without your knowledge. It does this by identifying data that raise red flags and then identifying where such data is coming from. When a malware is detected in a device, you will be alerted and an antimalware scan should be conducted to get rid of the malware.

As it filters all incoming and outgoing traffic within a private network, it's able to flag malicious outgoing traffic being sent to the public network through the device. Such include your personal information that you have not given authorization to, crucial sensitive data such as passwords and PINs to your financial information, email addresses, your media, contacts, and other personal data. This will be stopped instantly by the firewall software before getting released into the public network.

A firewall software also acts as your first line of defense against attacks from cybercriminals. It will prevent unknown IP addresses from entering your private network and establishing a connection to your device. Cyber-attacks, therefore, are blocked before gaining access to your device.

One of the major advantages of firewall software is its ability to scrutinize all incoming and outgoing traffic in your device. This means that no data will be sent out to unauthorized devices without your consent. Personal files such as media and passwords are items that should always be secure. Your firewall, using a set of protocols, will be able to identify personal data being transmitted over the network and stop the transmission before the data lands on the wrong hands. This is especially so when the source of the data or its destination is questionable and does not seem authentic. This guarantees you maximum privacy and security as you perform your functions online.

Viruses can easily get installed into your system without your knowledge especially when browsing the internet. They're good at disguising themselves as authentic programs and once installed in the system, can cause major damages before they're identified by an antivirus software. A firewall software prevents the virus from accessing the device system in the first place. The virus codes will be flagged as malicious at the point of entry and stopped before entering the device. This gives you an extra layer of protection from computer viruses on top of your antivirus software.

If you need a firewall software that does all these functions seamlessly and with added functionality such as antivirus, antimalware, auto-sandbox technology, antispyware, bot protection, then Comodo Antivirus Firewall Software should be your go-to firewall. You're guaranteed 100% protection all year round all at an affordable cost of $29.99 a year. With regular updates and with 100% verdict 100% of the time, no cyber-attack will succeed against you.