It is often misconstrued that firewall is unnecessary for Linux. Of course, the Linux system is meticulously created to give it maximum security. For instance, it has multiple levels of authorization preventing the installation of malware and malicious codes. By default, the Linux system has no open ports meaning no external devices or programs can have access to your device without opening ports, unlike Windows. Furthermore, viruses and malwares made for Linux are extremely rare owing to the fact that the Linux operating system is the least popular OS. This virtually makes it unprofitable for cyber attackers to attack it.

That notwithstanding, there still exist major loopholes that can expose your Linux system. Furthermore, since most Linux users feel confident that they do not need extra protection, they're more vulnerable should an attack be launched. To that end, it makes sense to ensure that you get yourself a reputable Linux Firewall that will give you the needed protection. Here are four reasons you should consider installing a firewall for your Linux device. 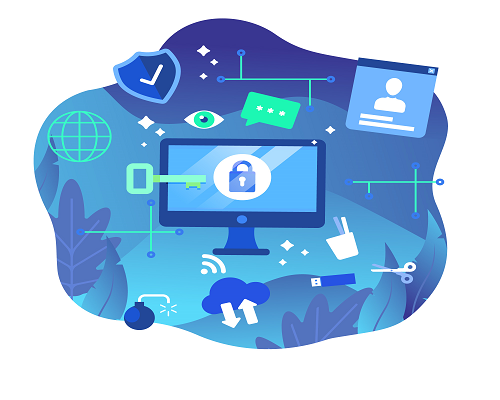 Why you Need Firewall for your Linux System?

i. Extra Layer of Protection

As stated, Linux is made such that it's extremely difficult for malwares and other security glitches to happen. By default, it has its own internal firewall albeit deactivated. First of all, before installing a new Linux Firewall, you should ensure that its native firewall is already activated. Since most Linux users are tech-savvy, they can easily be able to manipulate their firewall systems to suit their security needs. Adding an extra layer of protection by installing a third-party firewall means that your Linux device will have multiple layers of security making it even harder for hackers and malwares.

Malwares for Linux are extremely rare. But when they attack, the damage is of extreme magnitudes. Better to be safe than sorry. A good Linux Firewall is meticulously made to fight off Linux malware and viruses from entering into the system. Using a set of rules, it will identify malicious codes being transmitted over your private network. Now, granted, your Linux system has no open ports by default and has several levels of authorization. However, a small mistake like having an open port and granting system authorization to a malicious code will leave you vulnerable. Firewall prevents such malware from gaining access into the device in the first place. This way, regardless of open ports or authorization, there's no malware that enters the system.

Cybercriminals’ main agenda I s gaining either important information from a system or extorting money from their victims. Linux users are usually either tech-savvy folks or large organizations. It makes sense for cybercriminals to invest heavily in their attacks as the profits will be equally large should they succeed. It, therefore, means that attacks conducted on Linux systems cause extreme losses when successful.

A good Linux firewall software should be strong enough to be able to prevent such attacks from happening. It scrutinizes every packet of data accessing your system and alienates malicious data and prevents it from being transmitted. This is especially so when an attacker has gained access to the system and tries to transmit over important data.

Everyone values privacy. Linux users have the advantage of having a secure operating system that's least attacked by malware and cybercriminals. But that does not mean they can't get in, especially if you're using a public network. While such attacks rely heavily on open ports on your Linux system, when they do happen, you could end up exposed and some of your personal files can get into the public domain. Even worse, your online activities can be tracked and you can be spied on. It goes without saying that having a superior Linux firewall should be your number one priority if you value your privacy. And you shouldn’t take chances on that.

Comodo is one of the leading network security companies having been in existence for several decades. This extensive experience, coupled with our team of highly experienced IT experts, has allowed us to come up with one of the leading firewall software of Linux that offers high functionality and usability even for the less tech-savvy individuals. With top awards from the AV-TEST 2019 and at an affordable rate of $29.99, you're guaranteed maximum protection 24/7 with 100% verdict 100% of the time.